Here at GT4 Design + Web we have primarily focused our website development on the ASP.NET 4.5+ platform and building most of our websites using the Umbraco content management system. This has served us very well in recent years and continues to do so.

However, being the curious developers that we are, we have also been keeping a close eye on the progression of .NET Core over the last year or so.

Although, we may not be able to fully utilise .NET Core in our day-to-day development of such projects like our Umbraco powered websites (for now at least), we have been able to start developing .NET Core applications for some of our internal projects.

Having now worked on a few proof of concepts and currently working on a few internal projects using .NET Core, I just wanted to share my thoughts, first impressions and the aspects of .NET Core that we really like.

The .NET Framework, as we know, has only ever been able to run on the Windows platform and required a Windows based PC with Visual Studio to develop applications. With .NET Core this is no longer the case. .NET Core applications can be developed on multiple platforms such as Windows, Mac OSX and various Linux distributions.

Personally, this is quite a big deal for myself as I currently use a MacBook Pro with a Parallels Virtual Machine to run Windows.

So now, when it comes to developing .NET Core applications, I won’t need to use my Windows Virtual Machine as I’ll be able to develop applications natively on the Mac side. On the Mac side my IDE of choice has been Visual Studio Code. This is available for Windows and Linux as well. Visual Studio for Mac (Preview) is also available, but I have not yet had a chance to review this properly.

Unlike previous .NET Frameworks, .NET Core is open source. This means that it’s free and we have access to the full source code.

What I like about this is that that we can fork our own version, add new features and fix any issues depending on our needs.

To be perfectly honest, I don’t actually see myself doing this all too often, but it’s good to have the ability to be able do this, should the need ever arise.

The setup of Entity Framework is slightly different in .NET Core, in that the configuration is normally handled within the Startup.cs file, as is with most other services in .NET Core.

Services are registered with dependency injection at application startup. As for the components that require the use of these services (i.e. MVC controllers), the services are provided to such components through constructor parameters.

Personally, I prefer this approach as I believe this encourages good design and best practice and isn’t actually too far from what we are currently doing in our applications at the moment.

From what I have seen so far, Entity Framework Core seems to have more of a focus on the Code First side of things. Which is good and in most of my proof-of-concept applications this is the approach I have taken. It works well and you can get a CRUD application up an running in no time at all.

The reverse engineering requires the following NuGet Packages to be installed:

This then needs to be followed by running the following command in the Package Manager console, which should generate the relevant Entity Framework models and DbContext:

Having previously been familiar with using the EDMX approach for working with an existing database, this approach seemed quite odd and unnecessary at first. However, having worked through this approach, I can definitely see why this approach was taken. From my point of view, using the Scaffold-DbContext to generate the Entity Framework models does make sense as the models it generates are pretty much consistent with the models that you would create using the Code First approach.

At the time of writing this, I am currently looking into utilising Gulp.js in order to automate the running of the Scaffold-DbContext command for each database. This will be documented this in a future blog post.

So far, we really like what we are seeing in .NET Core. Yes, there are a few caveats, but nothing that can’t be worked on and I'm sure the framework will only improve and get better as time progresses.

We will definitely be looking to utilise the .NET Core in many of our projects where we can! 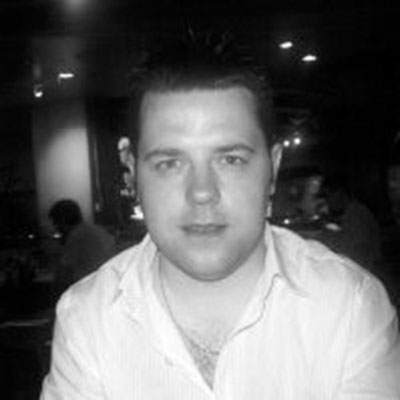 Chris has over a decades's experience in developing website and software applications. Chris is responsible for the day to day running of our website development projects and is a highly skilled .NET developer with a passion for developing cutting edge apps.

When not in front of the computer screen coding away, Chris likes watching movies with his family and DJ'ing in his bedroom.